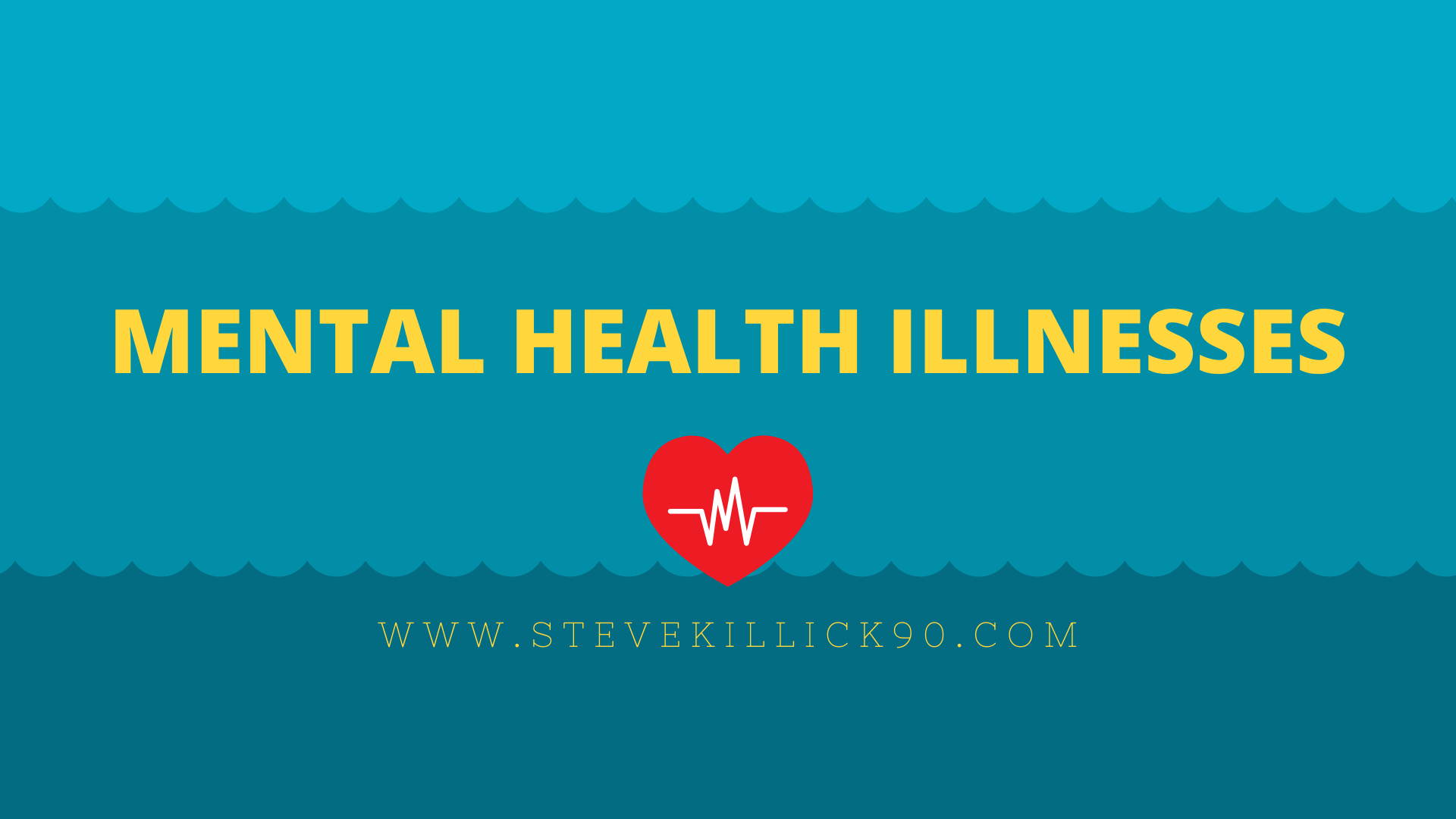 Schizophrenia is a severe long-term mental health condition. It causes a range of different psychological symptoms.

Doctors often describe schizophrenia as a type of psychosis. This means the person may not always be able to distinguish their own thoughts and ideas from reality.

Symptoms of schizophrenia include:

When to seek medical advice

If you're experiencing symptoms of schizophrenia, see a GP as soon as possible. The earlier schizophrenia is treated, the better.

There's no single test for schizophrenia. It's usually diagnosed after an assessment by a mental health care professional, such as a psychiatrist.

The exact cause of schizophrenia is unknown. But most experts believe the condition is caused by a combination of genetic and environmental factors.

It's thought that some people are more vulnerable to developing schizophrenia, and certain situations can trigger the condition such as a stressful life event or drug misuse.

Schizophrenia is usually treated with a combination of medicine and therapy tailored to each individual.

In most cases, this will be antipsychotic medicines and cognitive behavioural therapy (CBT).

Many people recover from schizophrenia, although they may have periods when symptoms return (relapses).

Support and treatment can help reduce the impact the condition has on daily life.

If schizophrenia is well managed, it's possible to reduce the chance of severe relapses.

There are many charities and support groups offering help and advice on living with schizophrenia.

Most people find it comforting talking to others with a similar condition.

The exact causes of schizophrenia are unknown. Research suggests a combination of physical, genetic, psychological and environmental factors can make a person more likely to develop the condition.

Some people may be prone to schizophrenia, and a stressful or emotional life event might trigger a psychotic episode. However, it's not known why some people develop symptoms while others do not.

Schizophrenia tends to run in families, but no single gene is thought to be responsible.

It's more likely that different combinations of genes make people more vulnerable to the condition. However, having these genes does not necessarily mean you'll develop schizophrenia.

Evidence that the disorder is partly inherited comes from studies of twins. Identical twins share the same genes.

In identical twins, if a twin develops schizophrenia, the other twin has a 1 in 2 chance of developing it, too. This is true even if they're raised separately.

In non-identical twins, who have different genetic make-ups, when a twin develops schizophrenia, the other only has a 1 in 8 chance of developing the condition.

While this is higher than in the general population, where the chance is about 1 in 100, it suggests genes are not the only factor influencing the development of schizophrenia.

Studies of people with schizophrenia have shown there are subtle differences in the structure of their brains.

These changes are not seen in everyone with schizophrenia and can occur in people who do not have a mental illness. But they suggest schizophrenia may partly be a disorder of the brain.

Neurotransmitters are chemicals that carry messages between brain cells.

Research suggests schizophrenia may be caused by a change in the level of 2 neurotransmitters: dopamine and serotonin.

Some studies indicate an imbalance between the 2 may be the basis of the problem. Others have found a change in the body's sensitivity to the neurotransmitters is part of the cause of schizophrenia.

Research has shown people who develop schizophrenia are more likely to have experienced complications before and during their birth, such as:

It may be that these things have a subtle effect on brain development.

Triggers are things that can cause schizophrenia to develop in people who are at risk.

The main psychological triggers of schizophrenia are stressful life events, such as:

These kinds of experiences, although stressful, do not cause schizophrenia. However, they can trigger its development in someone already vulnerable to it.

Drugs do not directly cause schizophrenia, but studies have shown drug misuse increases the risk of developing schizophrenia or a similar illness.

Certain drugs, particularly cannabis, cocaine, LSD or amphetamines, may trigger symptoms of schizophrenia in people who are susceptible.

Using amphetamines or cocaine can lead to psychosis, and can cause a relapse in people recovering from an earlier episode.

Research has shown that teenagers and young adults who use cannabis regularly are more likely to develop schizophrenia in later adulthood.

Schizophrenia changes how a person thinks and behaves.

The condition may develop slowly. The first signs can be hard to identify as they often develop during the teenage years.

Symptoms such as becoming socially withdrawn and unresponsive or changes in sleeping patterns can be mistaken for an adolescent "phase".

People often have episodes of schizophrenia, during which their symptoms are particularly severe, followed by periods where they experience few or no symptoms. This is known as acute schizophrenia.

The symptoms of schizophrenia are usually classified into:

Hallucinations are where someone sees, hears, smells, tastes or feels things that do not exist outside their mind. The most common hallucination is hearing voices.

Hallucinations are very real to the person experiencing them, even though people around them cannot hear the voices or experience the sensations.

Research using brain-scanning equipment shows changes in the speech area in the brains of people with schizophrenia when they hear voices. These studies show the experience of hearing voices as a real one, as if the brain mistakes thoughts for real voices.

Some people describe the voices they hear as friendly and pleasant, but more often they're rude, critical, abusive or annoying.

The voices might describe activities taking place, discuss the hearer's thoughts and behaviour, give instructions, or talk directly to the person. Voices may come from different places or 1 place, such as the television.

A delusion is a belief held with complete conviction, even though it's based on a mistaken, strange or unrealistic view. It may affect the way the person behaves. Delusions can begin suddenly or may develop over weeks or months.

Some people develop a delusional idea to explain a hallucination they're having. For example, if they have heard voices describing their actions, they may have a delusion that someone is monitoring their actions.

Some people who experience delusions find different meanings in everyday events or occurrences.

They may believe people on TV or in newspaper articles are communicating messages to them alone, or that there are hidden messages in the colours of cars passing on the street.

People experiencing psychosis often have trouble keeping track of their thoughts and conversations.

Some people find it hard to concentrate and will drift from one idea to another. They may have trouble reading newspaper articles or watching a TV programme.

People sometimes describe their thoughts as "misty" or "hazy" when this is happening to them. Thoughts and speech may become jumbled or confused, making conversation difficult and hard for other people to understand.

Changes in behaviour and thoughts

A person's behaviour may become more disorganised and unpredictable.

Another feeling is that thoughts are disappearing, as though someone is removing them from their mind.

Some people feel their body is being taken over and someone else is directing their movements and actions.

The negative symptoms of schizophrenia can often appear several years before somebody experiences their first acute schizophrenic episode.

These initial negative symptoms are often referred to as the prodromal period of schizophrenia.

Symptoms during the prodromal period usually appear gradually and slowly get worse.

They include the person becoming more socially withdrawn and increasingly not caring about their appearance and personal hygiene.

It can be difficult to tell whether the symptoms are part of the development of schizophrenia or caused by something else.

Negative symptoms experienced by people living with schizophrenia include:

The negative symptoms of schizophrenia can often lead to relationship problems with friends and family as they can sometimes be mistaken for deliberate laziness or rudeness.

Schizophrenia is often described by doctors as a type of psychosis.

A first acute episode of psychosis can be very difficult to cope with, both for the person who is ill and for their family and friends.

Drastic changes in behaviour may occur, and the person can become upset, anxious, confused, angry or suspicious of those around them.

They may not think they need help, and it can be hard to persuade them to visit a doctor.

SELF CARE OF SCHIZOPHRENIA

Many people who are diagnosed with schizophrenia are able to live happy and fulfilling lives, even if they continue to experience symptoms.

It can help to:

If you're feeling less well you might not be able to tell people what help you want, so it could be helpful to plan ahead.

It can also help to talk to someone you trust about how you would like to be helped.

Look after your physical health

Smoking can change the effects of antipsychotic drugs. If you smoke and are prescribed antipsychotics, it's particularly recommended that you try to give up.

It's best to talk to a doctor first because:

Alcohol and recreational drugs can also affect the way your medication works.

Try to cut down on stress

Too much stress can make the symptoms of schizophrenia worse and increase the chances of you becoming unwell. It could help to spend time outside in green space or try doing some exercise like walking, swimming or yoga.

You might need to cut down on the number of responsibilities you have – it could help to explore support services in your area.

Do things you enjoy

It's important to stay involved in doing things you enjoy. They can boost your confidence and help you stay well, whether it's cooking, listening to music or doing DIY.

Some people find that doing something creative like drama, drawing or sewing can help them to express themselves and deal with difficult emotions.

Feeling connected to other people is an important part of staying well. It can help you to feel valued, confident and more able to face difficult times.

Feeling lonely or isolated could make your symptoms worse. If you don't feel you have strong connections with people or you'd like to make more, it could help to explore support services and peer support.

Look out for the warning signs

If you are becoming unwell, there might be signs you could spot early on. These will be different for everyone, but they could include:

Noticing when you are becoming unwell

You might find you can learn to recognise signs that you are feeling less well. It could help to:

CBT is a type of talking treatment that helps with patterns of thinking or behaviour that may be causing you difficulties.

CBT for schizophrenia can help you to:

Talking treatment for schizophrenia should focus on helping you cope with your symptoms, rather than trying to convince you that your beliefs or experiences are wrong.

If you want to stop taking medication

Some people find antipsychotics unhelpful or want to stop taking medication because they feel better. It's important not to stop suddenly as this can cause withdrawal symptoms.

It's best to speak to your doctor or care team if you want to stop taking medication, even if you don't think you need it any more.

It's also a good idea to talk to your care team about any over-the-counter medicines or complementary therapies you want to try, in case they are likely to interfere with your medication.

Family intervention is a type of talking treatment for relatives or carers of people who are diagnosed with schizophrenia.

Family intervention for schizophrenia can:

Arts therapies use creative arts – music, painting, dance, voice or drama – to help you express yourself in a therapeutic environment with a trained therapist.

If you feel like you are really struggling then always seek professional help as they are trained to help you with what you are going through.