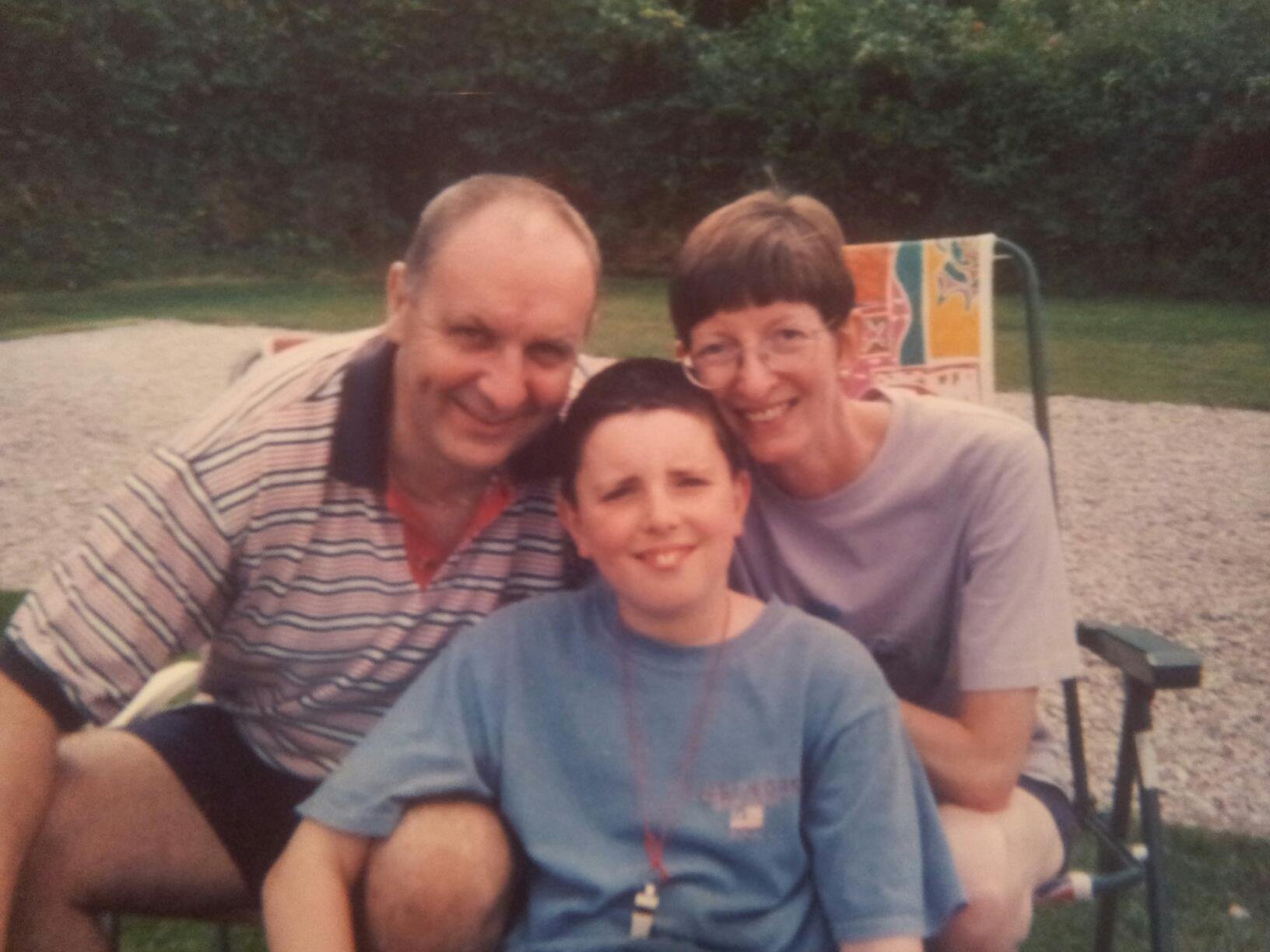 My name is Steve, born in 1990, born and raised in Kidlington, Oxford and I want to share my story with you as it could hopefully inspire others to share their own stories as well.

For at least the first part of 11 years of my life I lived a pretty normal life, living in a loving home, amazing family network and even loving friends but going through school I was subjected to bullying (which I will go into more detail later on). The only person close to me who sadly passed away was my Dads Mum in 1997.

In 2002 in February, a month before my 12th birthday I sadly lost my mum to the dreaded disease which is Cancer and this then changed my life forever (I will also go into more detail about this later on).

A week later after half term I went back to school just trying to carry on with life as a ‘normal’ child.

Thankfully after this, I haven’t lost anyone directly close to me as of yet and so grateful of this.

In 2006 I started working at Aldens Butcher’s Botley as a general assistant for which I worked there for a year until 2007 but before I could leave there I had to get another job so while I was finishing my time at school, I ended up having 2 jobs but left Aldens June 2007 and then continued my career in The Midcounties Cooperative ever since going from a Customer Service Assistant to a Team Leader of a store.

During my life I have always lacked confidence but working with the general public in Coop, my confidence grew and grew over the years.

So this is one of those topics that shouldn’t happen but feel like it needs to be talked about as its something that no one should ever go through.

Growing up through school was quite hard for me, I was often being subjected to bullying from either my class mates or people around me. I remember an occasion when my head was smacked against a desk. Other than that most of the bullying I experienced was verbal.

Looking back now, I will still remain civil with them but will never associate myself or get involved with them.

So growing up it seemed like I had a normal childhood when it comes to Mother and Son relationships. Yes I admit there were occasions when I probably tested the water but who doesn’t when they are young.

We used to go on regular caravan trips over the country and there was 1 year when myself, Mum and Dad went to Austria for an abroad holiday.

Everything seemed pretty normal until in the year 2000/2001 when we found out my Mum had Cancer. My Mum and Dad both sat me down in the Living room to tell me the news. After then, My parents both tried to do as much as they physically could with me that involved my Mum so I could make the most of her being around.

During this time though I do remember the late nights and the hospital visits, the loss of hair and even the wheel chair that we had to get. We also had to be measured up for a stair lift but in Feb 2002 during half term on Tuesday evening I was staying at my mates house who lived up the road and I remember being picked up by my Dad. On the way home I was looking forward to seeing my Mum that evening at the hospital but then my Dad had to tell me the news that she (My Mother) had sadly passed away.

Being such a young age,I never really knew how to process this. That evening both my Auntie and Godmother came over to stay with us. Also my Nan and Gramp was coming home from the hospital. The week after all this happened, I was back at school just carrying on with life.

Had to go out of school for both the main Funeral and the burial of the ashes. At one point we had so many flowers that our house looked like a flower shop. Then after a while, life just got back to ‘normal’ but without my Mum.

I will never forget my Mum and will always love her forever.

One of the biggest things I have had to deal with over the years and that is grief. This is something that might not hit you straight away, you could be carrying on with every day life then bang, it hits you. For me this built up over time and this is mainly down to the perception we have especially as being a male.

Men should show strength instead of weakness but in true reality it was the worst mistake that I ever made. I think the biggest issue I had was being at such a young age of 11 when I lost my mum and then 3 more family members after this within such a small time frame of 5 years,

I wasn’t really aware how to deal with it. I have always had friends and family around me but when it comes to opening up, it’s not really a thing to do.

It took me about 10 years to finally admit that I wasn’t feeling great and that was to one of my best friends who is called James. Opening up to him was the best thing I ever did and will be forever grateful to him for listening.

When it comes to grief though, there is never a right or wrong way so just deal with it how you can but always remember to seek professional help if really needed.

I will always be grateful to the support from my friends and family through everything over the years.

Grief always makes you feel like you are alone, but everyone will have suffered loss at some point in life so there will always be some one out there who you can talk to.